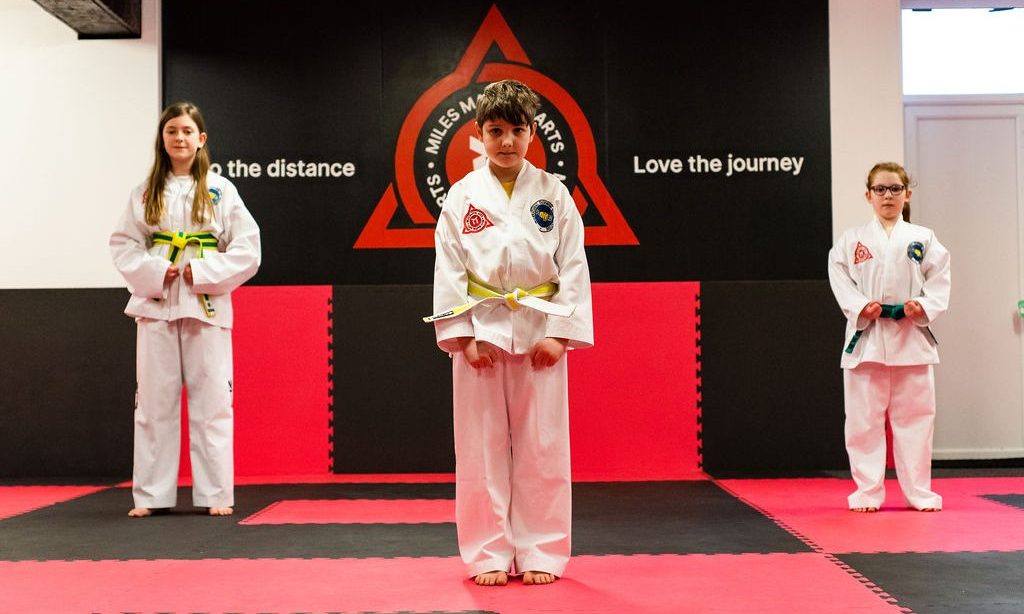 03 May Why children should learn a martial art

So you’ve probably heard plenty of times before how martial arts classes are great for kids, but why is that exactly?

Often when children come to us for classes, the parent has made the decision that martial arts will help their child to defend themselves against bullies at school. Or the child is badly behaved at home so the parent wants them to ‘learn some discipline’. 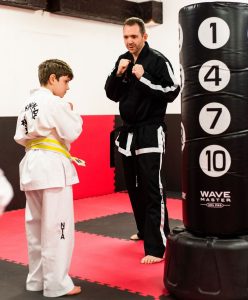 Well both of these are valid reasons for choosing to put your child into martial arts classes, and the classes will absolutely help with both issues. But possibly not the way you might think.

We don’t teach kids to hit back when they’re bullied at school. As a parent myself, I get it..just the thought of your child being bullied can make your blood boil if you let your emotions take control. And if we taught your child to defend themselves with effective kicks and strikes, then yes it may deter the bullies. But at what cost? The other kid who was probably only causing your child grief because they’ve got genuine issues to deal with themselves, has now been hurt. And your child now believes that violence is the answer to any future conflict. A recipe for disaster!

So how does it work? Well we teach children affective kicks and strikes, of course, but not so they can use them at school.

Generally, bullies are venting their insecurities by trying to look powerful in front of their peers. They do this by choosing an easy target. Someone who looks like they won’t put up much resistance. Someone with low self confidence, which is easily observed, even by a child, through their body language. 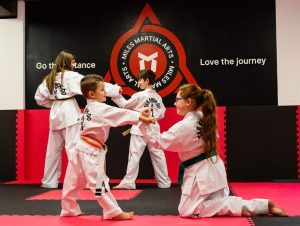 So, when we teach the children how to control their movement and their bodies, and how they can become strong and get good at anticipating another person’s movement, they become confident. And when they become confident, their body language changes. They stand taller and look people in the eye. They speak when spoken to. They verbally defend themselves when they feel they are being spoken to unfairly. And these are not the qualities a bully looks for in their victims.

As well as confidence, children naturally learn the potential consequences of striking another person, but in a controlled environment. They feel the force of their partner’s side kick whilst they’re holding pads, and they instinctively know that this would really cause a lot of damage if used in the wrong way. 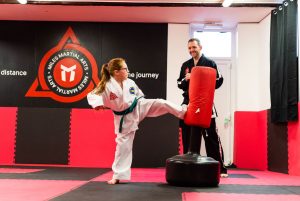 But perhaps the most important thing a child will learn as they progress in martial arts, is that kicking and striking are not the main ingredient to being a martial artist. A thug in the street with lots of experience of getting into scraps can defend themselves, but they’re not martial artists. A martial artist is a person who has embarked on a journey of self improvement through the learning of a particular skill. A martial artist strives to be a positive role model to others. And children gradually learn this by passing on their wisdom. There will come a time when their instructor will ask them to teach a new white belt a technique or a pattern, and they will get a tremendous amount of enjoyment and pride from seeing that white belt achieve something based on their instructions. And they will realise how powerful their actions can be when they are assisting with a competition or taking part in a demonstration one day, only to find out later on that we’ve had an enquiry from a new student who saw them at that competition or demonstration and they want to be just like them!

That’s the journey. And that’s why martial arts is good for kids!